How much does salmon cost? Wild salmon is caught in the open ocean and thus is subject to seasonal price fluctuations. The cost of farmed salmon, on the other hand, is more stable since it is produced in fish farms. In general, wild salmon is more expensive than farmed salmon.

The specific price of salmon depends on many factors, including the type of salmon, the size of the fish, and the time of year. For instance, sockeye salmon tends to be more expensive than pink salmon. Moreover, larger fish usually cost more than smaller fish. Finally, prices typically increase during the summer months when demand is higher.

In general, you can expect to pay anywhere from $10 to $30 per pound for salmon. However, prices may be higher or lower depending on the factors mentioned above. If you’re looking for the best deal, it’s generally best to buy salmon during the off-season when prices are lower. You can also look for sales or specials at your local grocery store. By doing a little research, you can find ways to save money on this healthy and delicious fish.

Contents show
How to Choose the Best Salmon at the Shop
How to Prepare Salmon
What Is the Price of Salmon?
Salman Sourcing and Sustainability

How to Choose the Best Salmon at the Shop

When shopping for salmon, you’ll want to look for fish that has bright pink flesh with no brown spots. The fish should also have a firm texture and should not be mushy. In addition, the fish should have a fresh, ocean-like smell. If the fish smells too strong or like ammonia, it is probably not fresh.

You can buy salmon fresh, frozen, or smoked. Fresh salmon is the best option if you plan to cook it within a day or two. Frozen salmon is a good option if you’re not planning to use it right away. Just be sure to thaw it properly before cooking. Smoked salmon is delicious but tends to be more expensive than other types of salmon.

How to Prepare Salmon

Salmon is a versatile fish that can be cooked in a variety of ways. One of the simplest and most delicious ways to prepare salmon is to bake it in the oven. Just season the fish with salt, pepper, and your favorite herbs or spices. Then, bake it in a preheated oven at 400 degrees Fahrenheit for about 20 minutes, or until the fish is cooked through.

You can also pan-fry, grill, or steam salmon. For pan-frying, simply coat the fish in some olive oil and then cook it over medium heat for a few minutes per side. Grilling is similar to pan-frying, but you’ll cook the fish on a greased grill over medium-high heat. Steaming is a healthy way to cook salmon, and it’s also very easy. Just place the fish in a steamer basket over boiling water and cover the pot. Cook for about 10 minutes, or until the fish is cooked through.

Finally, don’t forget that salmon can also be eaten raw. Raw salmon should be sushi-grade, which means it has been frozen at -4 degrees Fahrenheit for at least 7 days to kill any harmful parasites. If you’re planning to eat raw salmon, be sure to buy it from a reputable source and take care to avoid cross-contamination with other raw foods.

What Is the Price of Salmon?

Salmon prices fluctuate widely, depending on the seller, season, how it’s cooked, and the sort of salmon purchased. From $4 frozen to as much as $25 per pound for fresh fillets, salmon can cost anything from $4 frozen to upwards of $25 per pound. Salmon taken from the wild will cost more than farm-raised salmon. The seasons may also have an impact on pricing. For example, Pacific salmon is in season between May and June (when it is not in season), whereas Coho or Sockeye Salmon is not (when it is).

Fresh, whole salmon may cost anywhere from $17 to $25 per pound depending on the type of salmon. Whole wild-caught Alaskan King salmon, for example, might retail for around $20 per lb ponderous, whereas Copper River sockeye salmon can sell for about $16 per pound ponderous. White Kingfish can cost up to $20 per pound in some cases.

Salmon fillets can cost anywhere from $7 to $24 per pound, depending on the salmon species. These steaks are usually referred to as steaks as well.

Costco, for example, sells fillets of salmon that have already been prepared. It may cost anywhere from $7 to $13 per pound for something like this. Keep in mind that because this fish was not caught locally, it will not be as fresh as the one you could get at a local fish market.

Smoked salmon that is canned in a box can cost anywhere from $18 to $38 for a 16-ounce box. The SeaBear Smoked Salmon, for example, costs between $34 and $38 per pound.

Salmon is a fish that is found in the northern hemisphere. It can be found in the Pacific and Atlantic oceans, as well as in the Great Lakes. Salmon are an important food source for many people around the world, and they are also popular for sport fishing.

There are several different species of salmon, but the most common types are pink, sockeye, coho, and chinook salmon. Salmon are usually born in freshwater streams and rivers. They spend most of their lives in saltwater oceans, but they return to freshwater to spawn. After spawning, they die.

The majority of salmon that is consumed comes from commercial fisheries. Salmon farming is also becoming more common, especially in Europe and Asia. Salmon farming is a type of aquaculture, and it is controversial because of the impact it can have on the environment.

When purchasing salmon, it is important to consider sustainability. Salmon that are caught in the wild may be more sustainable than farmed salmon. However, this is not always the case. It is important to do your research to find out how the salmon was raised and how it was caught before you purchase it. 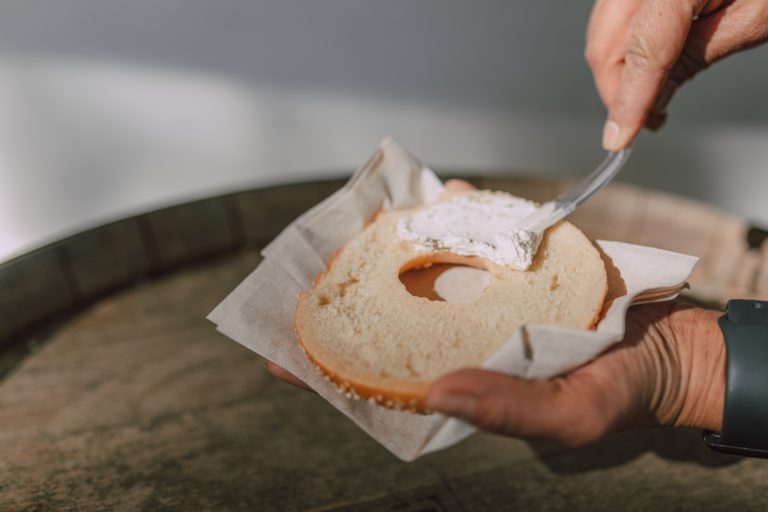